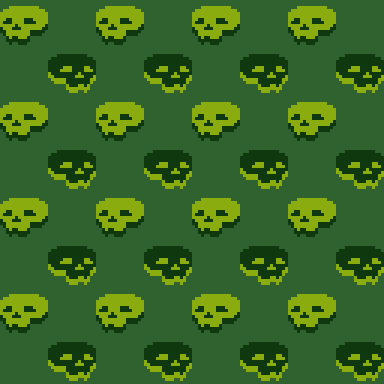 This week again I mostly worked on ‘Ninja Attack!’ (which is the new title for it!), getting the gameplay part almost completely nailed down. (only tweaking/balancing left to do) Here’s what it looks like currently:

The power-up/weapon system is completely implemented! On some levels/waves, a special enemy will appear and killing it will give you a random ‘weapon’, going from throwing knives to cash, which will help you deal with the demon threat!

The implementation went fairly well, although it did take more time than previously thought. What do you mean you “see a recurring pattern”?? Yeah I guess I really should get better at managing my time…

With the gameplay almost completely done, there’s pretty much only UI work left to do. But quite a lot of it.

I actually don’t have much more to say about this apart from the fact that I did a more detailed post on the weapon system for Patreon supporters and also that I did a public post over on Cartrdge, where I introduced the game and wrote a bit about the intent of it! (Cartrdge team are actually updating their platform with new text tools, for devlogs and such, which is why I did that post over there – they’re doing good work!)

This week-end I decided to start something for #3CJam, a Pico-8 Halloween game jam where you have to make a spooky game with only three colors! My game shall be a small top-down shmup with destructible terrain and a few enemies to end your playthroughs, hopefully in satisfying ways.

Obviously, I’m barely starting on this, but it should be a very very small project. I’m expecting to be finished with it either sometime during the week, either in the week-end. Look, here’s some very simplistic level generation:

It does mean Flying Pop-Pop is on hold for now, but again, not for long. Beside, I’m hoping this little jam game will get me some material to write about in a few posts for the blog too, which I’d like to write as soon as I finish the game and then publish on a weekly basis from there.

That’s pretty much it for this week! This week’s post was pretty short but I’m trying to cook up a few things on the side, and not disclose all of them because not sure how they will end up. My only wish right now is to be more active on this blog and on the Patreon, which is difficult because other things have the priority. I’ll figure it out though, and soon I’ll finally get back to more regular content!

This week I’m mostly working on ‘Ninja Attack!’ but also my #3CJam game!