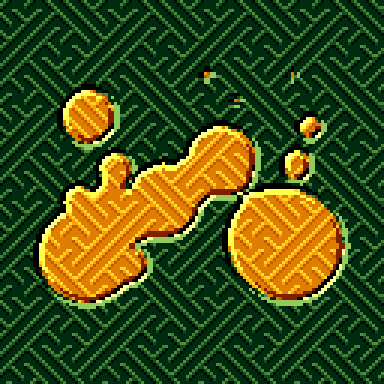 This week I only worked on the Ninja game, but also got a lot done with it! (this is going to be pretty short)

We have a gameplay loop!

I spent most of the week working on the gameplay of this game. The enemies can now die and there’s even progression! Enemies that are not directly on screen are even indicated with exclamation points on the sides of the screen! And it all works really well!

The gameplay isn’t completely finished yet (it’s a bit too repetitive right now) but I did catch up the lateness I had accumulated during the last few weeks. So now I can work on other stuff again! (while also working on this game)

I also did some background stuff on the game that will be more visible in the coming weeks!

That took most of the week, and then this week-end I bought Tom Francis‘ Heat Signature and played it… maybe a little more than I should have. I’m very intrigued by this game because I think it’s very good but also I don’t feel like I enjoy it that much and I’m trying to figure out why. Anyway, I think it’s a solid 8/10 and also I want to say the comparisons to Hotline Miami are pretty unfair because I think it highlights the weaknesses of the game. Maybe I’ll try to write about it. Maybe. I dunno.

And that’s pretty much it for the week! Told ya it would be short! It was actually a pretty good week!