Week 123 was really half a week, since I went on vacation with my partner on the second half of the week. We had a really nice and refreshing time, albeit not exactly resting. It was very cool! Before going, I started a very small project that I intended to finish on the day right before going on vacation. Of course I didn’t finish that project then, and of course I still haven’t finished that project now, although it is extremely close to being done as I write this.

This little project, which was supposed to be a fun little thing to help me detach myself mentally from the Breakout game, was to make a tiny game based on a random word given by my partner. The word was “arms” and so I set to work.

The game I made is very different from what I do usually. It’s an experimental game, with a message, and very limited gameplay. The graphics took some time to get right because I had this idea for wobbly arms and I had to implement it. Here’s what that looks like:

Those wobbly arms are what I started with. You can see how I got to them on this Twitter thread!

As I wrote above, the game is super nearly done. I don’t know when it’ll be out exactly but it should be out sometime along the next two weeks!

I don’t want to write too much about the game because it is going to be quite short and sort of a one-play thing, so I really don’t want to spoil the surprise. :X

But I did another thing too!

On last Friday I went “OK, I’m finishing the hug game tonight” and then I saw a tweet about FlickGame and then I went “Oh wow let’s make a Flick Game real quick!”. And that’s how I spent that evening.

I made this little thing called Fatality! It’s quite silly and very small but maybe you’ll like it! Only one way to find out! Ask someone who played it!

… I played it and I say you should too! Go play it! (it takes about 1 minute)

And that’s pretty much it for those two weeks! And now… I’m on vacation again! Family vacations this time, not quite as refreshing as couple vacations in my opinion but still quite fun. I was going to try and keep working on those vacations but that’s proving to be somewhat more difficult than planned. So instead I’ll take the time to rest.

And since I won’t have been very active for most of the month, my Patreon supporters will not be charged for this month!

I still want to thank all my Patreon supporters for their continuous support! You’re the best! Here are the names of all the 3$+ supporters:

Those two weeks were pretty interesting!

The next Weekly Recap might only come in three weeks, since I won’t be very active during the two coming weeks. By then I should have released the ‘arms’ game and got back to the Over-The-Top Breakout game!

Have a nice month of September!

PS: I almost forgot! It was my birthday last Sunday, I set Pixel Session Vol.1 on sale to celebrate! It’s only 1$ and you get the collection of 5 eye-candy, arcadey games I released in 2016! Check it out! 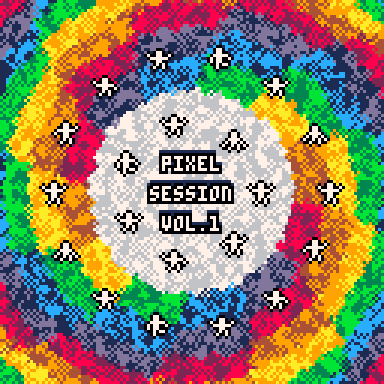