As you can see there hasn’t been any post here since the start of my game weeking which makes of me a lier. Sorry about that!

Anyway! Here is what I did on the first week for the #BiteSizedHorrorJam! 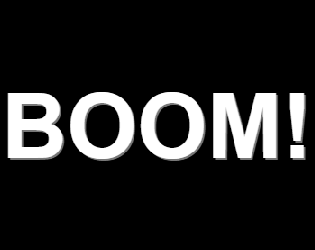 I like to describe it as a graphic-less comic! 😀
Yea, try it for yourself!

Then, the next week I didn’t release anything. I was busy, ‘K? That’s partly why I want to change the rules but I’m coming to that.

And now, on this week I have been making a game with the wonderful Pico-8! Pico-8 is a fantasy console which you can code on if you own it and you can play games of – even if you don’t own it!

Here’s an animated gif of where it’s at now!

This is TETRATON, a game in which you control an airborne machine that you can rotate and that can shoot in four directions both as a defense and a propelling mechanism. You’ll have to change weapons while not dying in order to advance in the game.

Aaand as you can see it is not finished yet. It won’t be finished tonight either. In fact I don’t even want to finish it tonight. I’m not even sure I’m gonna finish it before next week. That’s why I’m changing the rules.

I don’t want to finish it tonight because I don’t want to rush it because I’m having fun. No spoiling that! Besides, I am busy these days. This game I’m making was mostly developed during my breaks AT my school. It’s probably not gonna change much in the near future.

So here’s what I’ve decided! I’ll keep making games in short amounts of time but I won’t be releasing one every friday. Instead I’m going to try and have something at least every two weeks and make a post here every friday – or so – on what I’ve been doing that week.

Now that that’s said, here’s what you can wait from me for this month. TETRATON, the game in the gif up there – but finished -, PROCJAM is starting tonight and I wanna do that, and finally NaNoGenMo is happening this month and I wanna do that too! And I do want to make two different things for PROCJAM and NaNoGenMo.

It’s all out there now!